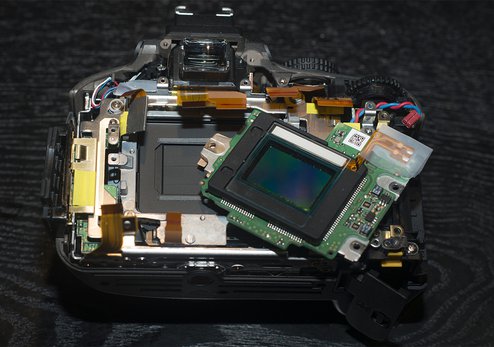 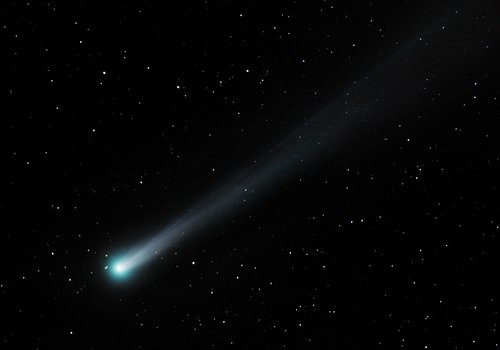 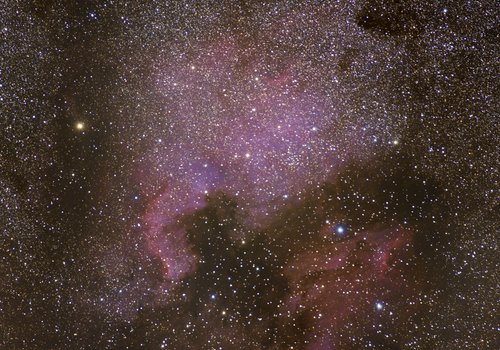 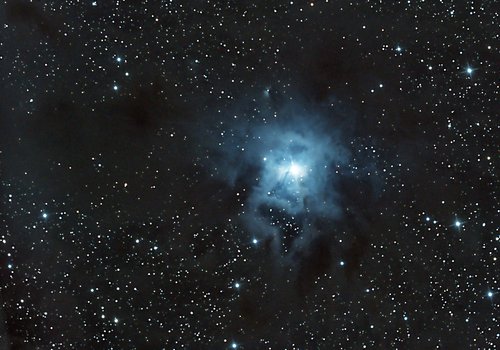 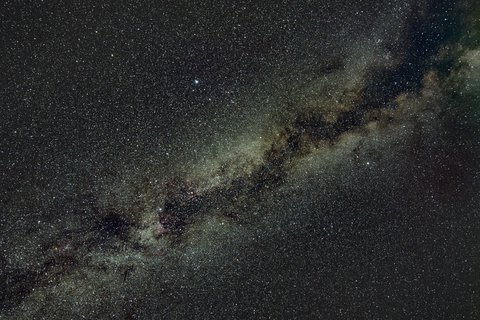 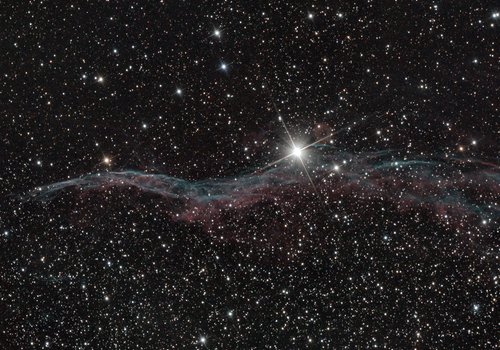 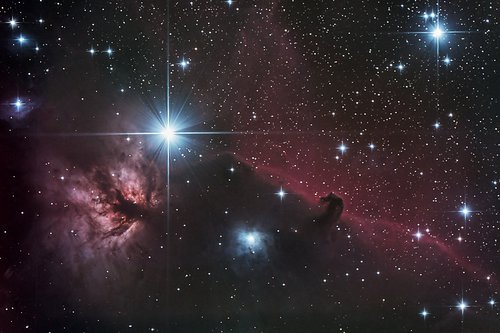 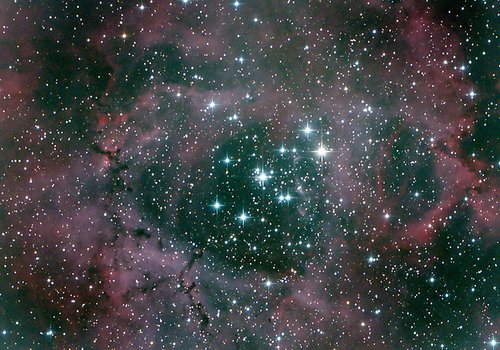 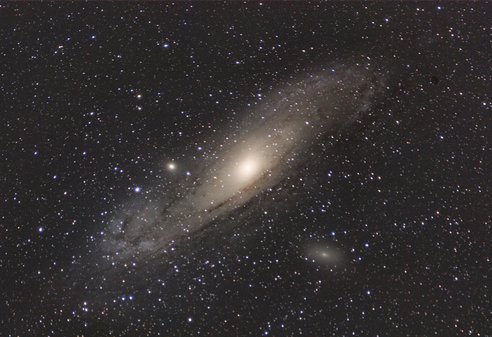 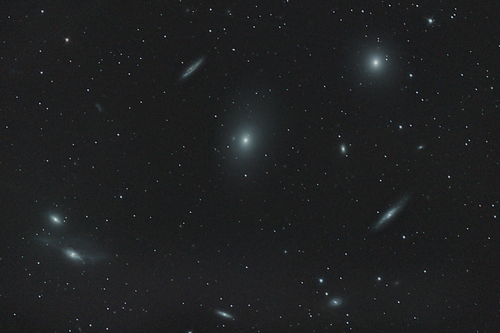 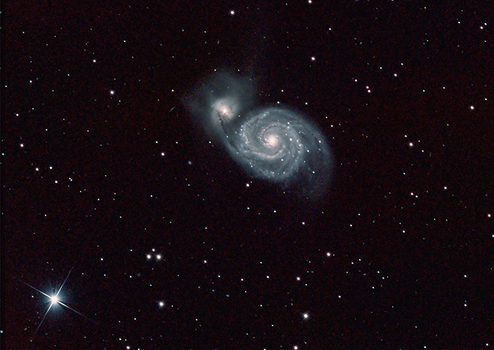 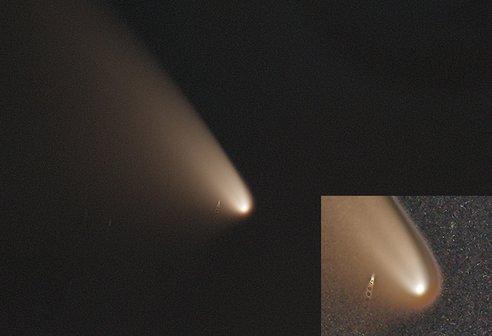 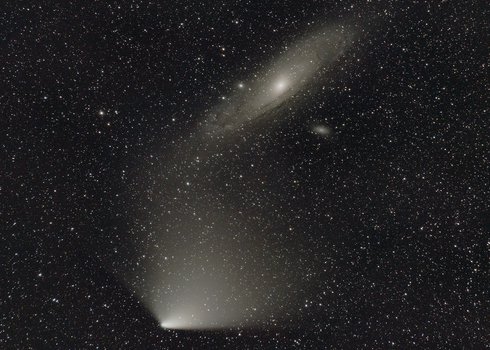 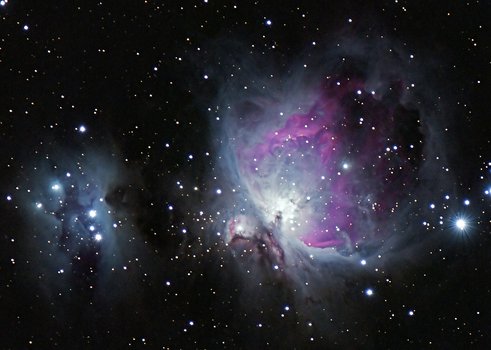 A slightly deeper level modification of your DSLR

Here is the project description of my Nikon D5100 monochrome and IR filter modification. In this project I remove the IR-filter and sensor from camera. Sensor is then modified and resinserted back into the camera.

Please be carefull if following the instructions as removing the bayer-matrix is a very high risk process.

C/2013 R1 (Lovejoy) is a long-period comet. By 1 November 2013 the comet was seen by the naked eye. As of early November 2013 it was more impressive than comet ISON, which was disintegrated by its close enclounter with sun. The comet has the appearance of a green unresolved globular cluster.

The North America Nebula (NGC 7000 or Caldwell 20) is an emission nebula in the constellation Cygnus, close to Deneb (the tail of the swan and its brightest star). The remarkable shape of the nebula resembles that of the continent of North America, complete with a prominent Gulf of Mexico. Nebula is large, covering an area of more than four times the size of the full moon; but its surface brightness is low, so normally it cannot be seen with the unaided eye. Between the Earth and the nebula complex lies a band of interstellar dust that absorbs the light of stars and nebulae behind it, and thereby determines the shape as we see it. (reference: Wikipedia).

The Iris Nebula, also NGC 7023 and Caldwell 4, is a bright reflection nebula and Caldwell object in the constellation Cepheus. NGC 7023 is actually the cluster within the nebula, LBN 487, and the nebula is lit by a magnitude +7 star, SAO 19158. It shines at magnitude +6.8. It is located near the Mira-type variable star T Cephei, and near the bright magnitude +3.23 variable star Beta Cephei (Alphirk). It lies 1,300 light-years away and is six light-years across. (reference: Wikipedia)

Milkyway, our "own" galaxy or at least part of it because we cannot see galactic core in Finland during night.

The Milky Way is a barred spiral galaxy some 100,000–120,000 light-years in diameter which contains approximately 100–400 billion stars. It may contain at least as many planets as well. The Solar System is located within the disk, about 27,000 light-years away from the Galactic Center, on the inner edge of a spiral-shaped concentration of gas and dust called the Orion–Cygnus Arm. The stars in the inner ≈10,000 light-years form a bulge and one or more bars that radiate from the bulge. The very center is marked by an intense radio source named Sagittarius A* which is likely to be a supermassive black hole. (reference: Wikipedia)

The Veil Nebula is a cloud of heated and ionized gas and dust in the constellation Cygnus. It constitutes the visible portions of the Cygnus Loop (radio source W78, or Sharpless 103), a large but relatively faint supernova remnant. The source supernova exploded some 5,000 to 8,000 years ago, and the remnants have since expanded to cover an area roughly 3 degrees in diameter (about 6 times the diameter, or 36 times the area, of the full moon). The distance to the nebula is not precisely known, but Far Ultraviolet Spectroscopic Explorer (FUSE) data supports a distance of about 1,470 light-years. (reference: Wikipedia)

The Horsehead Nebula (also known as Barnard 33 in emission nebula IC 434) is a dark nebula in the constellation Orion. The nebula is located just to the south of the star Alnitak, which is farthest east on Orion's Belt, and is part of the much larger Orion Molecular Cloud Complex. The Horsehead Nebula is approximately 1500 light years from Earth. It is one of the most identifiable nebulae because of the shape of its swirling cloud of dark dust and gases, which bears some semblance to a horse's head when viewed from Earth.

The dark cloud of dust and gas is a region in the Orion Nebula where star formation is taking place right now. A complex housing forming stars, known as a stellar nursery, can contain over 100 known organic and inorganic gases as well of dust consisting of large and complex organic molecules. The darkness of the massive nebula is not explained by this dust and gas, but by the complex blocking the light of stars behind it. The heavy concentrations of dust in the Horsehead Nebula region and neighbouring Orion Nebula are localized, resulting in alternating sections of nearly complete opacity and transparency. (reference: Wikipedia)

The Rosette Nebula (also known as Caldwell 49) lie at a distance of some 5,200 light-years from Earth and measure roughly 130 light years in diameter. The radiation from the young stars excite the atoms in the nebula, causing them to emit radiation themselves producing the emission nebula we see. The mass of the nebula is estimated to be around 10,000 solar masses. (reference: Wikipedia)

The Andromeda Galaxy is a spiral galaxy approximately 2.5 million light-years from Earth in the Andromeda constellation. Also known as Messier 31, M31, or NGC 224. It gets its name from the area of the sky in which it appears, the constellation of Andromeda, which was named after the mythological princess Andromeda. The 2006 observations by the Spitzer Space Telescope revealed that M31 contains one trillion (1012) stars, at least twice the number of stars in the Milky Way galaxy, which is estimated to be 200–400 billion. Andromeda Galaxy is one of the brightest Messier objects making it visible to the naked eye on moonless nights even when viewed from areas with moderate light pollution. Although it appears more than six times as wide as the full Moon when photographed through a larger telescope, only the brighter central region is visible to the naked eye or when viewed using binoculars or a small telescope. (reference: Wikipedia)

Markarian's Chain is a stretch of galaxies that forms part of the Virgo Cluster. It is called a chain because, when viewed from Earth, the galaxies lie along a smoothly curved line. It was named after the Armenian astrophysicist, B. E. Markarian, who discovered their common motion in the early 1960s. (reference: Wikipedia)

Messier 51 and also known as Whirlpool Galaxy or NGC 5194. It was estimated to be 23 ± 4 million light-years from the Milky Way Galaxy,but different methods yield distances between 15 and 35 million ly. Messier 51 is one of the best known galaxies in the sky.The galaxy and its companion (NGC 5195) are easily observed by amateur astronomers, and the two galaxies may even be seen with binoculars.The Whirlpool Galaxy is also a popular target for professional astronomers, who study it to further understand galaxy structure (particularly structure associated with the spiral arms) and galaxy interactions. (reference: Wikipedia)

Easy to locate and very bright object. One of the few that can actually be too bright in center.